Getting things in focus

I’ve always thought writing novels must be a lot like acting. You’ve just got to get inside the character’s head to be able to portray his or her every move, word and action convincingly. You’ve got to stop being you and be the other person while you’re writing him or her. Even if all characters ultimately have their roots somewhere in your own subconscious, you have to stop being the everyday you and take on the mantle of somebody you have never been and, if they’re the other gender, could never be.

The problem with a novel is that you’ve got to do this for multiple people rather than just for one. And, while I can happily reside in the heads of a couple of people – the two main protagonists of my novel – trying the ‘method’ on three or four is a far tougher proposition.

But the question is – is she mysterious or just underdeveloped? I need to read what I’ve written as a whole to really know, and I don’t want to do that at the moment as I need to keep up the momentum to the end of the book. Or it think I do.

I know that the received wisdom is that you just carry on, plough through until you’ve reached the end of the action and then go back and fix the details in the rewrite – what an electrician would refer to as a second fix. But this is my fifth book and that’s never really worked for me. I’ve always been the kind of writer who needs to be pretty happy with things as they’re unfolding, rather than thinking ‘doesn’t matter, fix it on second draft’ because one of the problems - if you’re writing essentially character-driven stuff rather than plot driven - if you haven’t got the characters right, then the story’s not going to work.

All of this may simply be rubbish of course. I may just be feeling wobbly because my whole writing rhythm is off at the moment now that the boys are done with school for the summer and are at home when I’m used to having an empty house to write in; an empty house which I can pace around looking for my characters, wondering what makes them do things and what will happen as a consequence. Wandering around a house full of young men (the UFF, the B and their friends) trying to listen to my characters inside my head is a little like trying to watch one of those overhead TV’s in a service station – you catch the odd thing but mostly you can’t hear what’s going on and the actions you see onscreen are meaningless without the words and background.

If only the garden were big enough for a shed…
Posted by Alis at 15:52

I agree that it is difficult to get into the head of more than a couple of characters at a time, although my main character: Erzsebet Bathory, seems to have a mind of her own and keeps surprising me by going her own way - does that sound really weird? - but my other characters are very obliging about me entering their minds! What I find really helps my writing though, is when I sit down at my computer I shake off the 'real' me and put on the mantle of Akasha Savage...Akasha writes a lot better than I ever will!!
:)

I know what you mean. If you get a character wrong and leave it until the second draft, you run the risk of having to unpick many stitches and do a complicated repair job. On the other hand, if you stop too long to worry about a niggle, will you be worrying unecessarily and just be holding up the completion of the draft? Well, this is how it is for me.

I'm having a similar experience at the moment, Alis. I'm finding the "flog on to the end" approach isn't working for me at the moment, and I'm going to fix the 2/3rds of the draft I have down before I finish.

Every time I start a new novel I surprise myself when I find out that there's no single right way. But by the time I start the next one I've forgotten it again.

Thanks for your comments, guys, it helps to know that I'm not just going a little bit doo-lally!

It really is hard to concentrate with a houseful. Trying to understand what's going on in my children's heads is hard enough with attempting to suss out my characters at the same time!

At the moment I'm in danger of preferring my MC's friend and am trying to work out why :(

I plowed on through to the end in my first (very unpublished) novel. It's a mess. The only virtue in having done it that way is that it got me to where I could type "The End." I found that to be an important step in learning to write--but I would have a better novel if I'd spent less time writing and more time gnawing on my knuckles, thinking it over.

When I can't get a secondary character to come alive for me, sometimes I write a "throw-away scene" starring that character: something outside the storyline, a scene I have no intention of using. Sometimes I even write it first person.

The only danger is that the character may beoome too big in your mind and start demanding too much screen time. 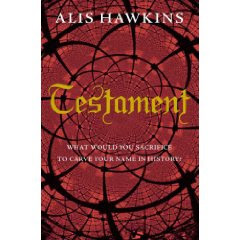 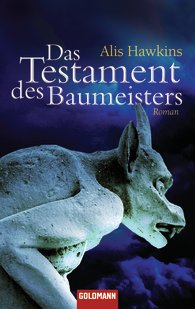